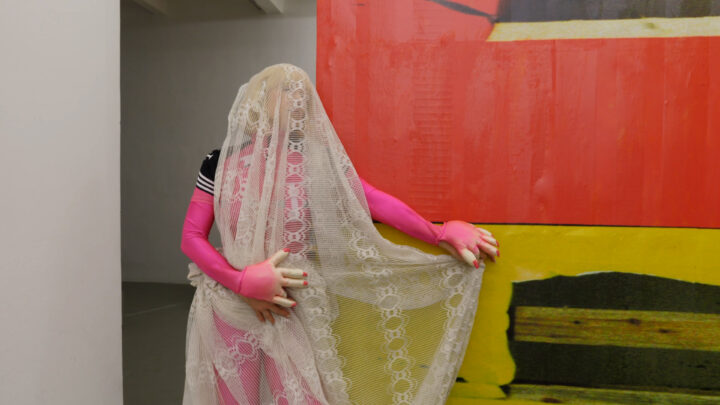 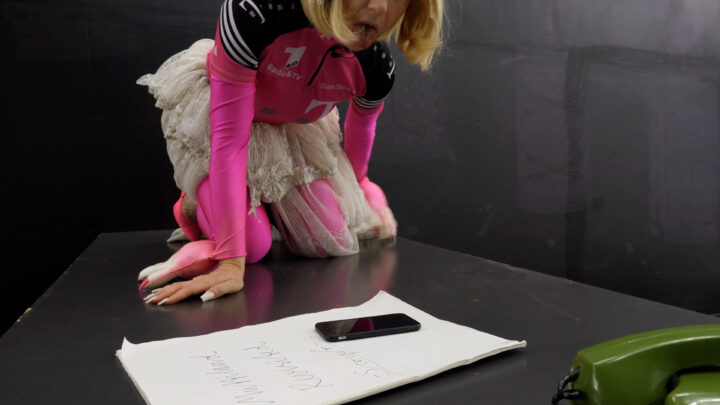 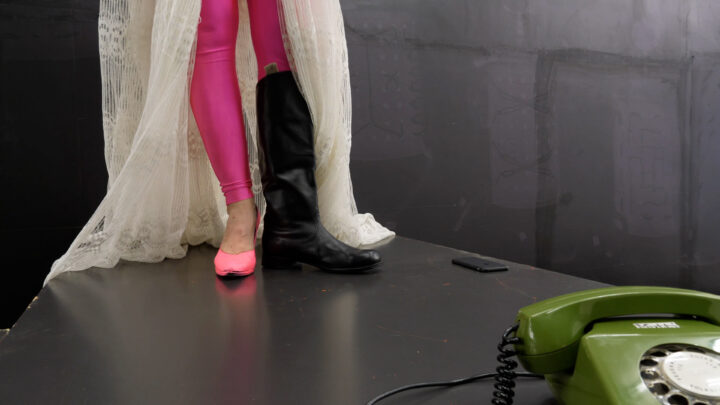 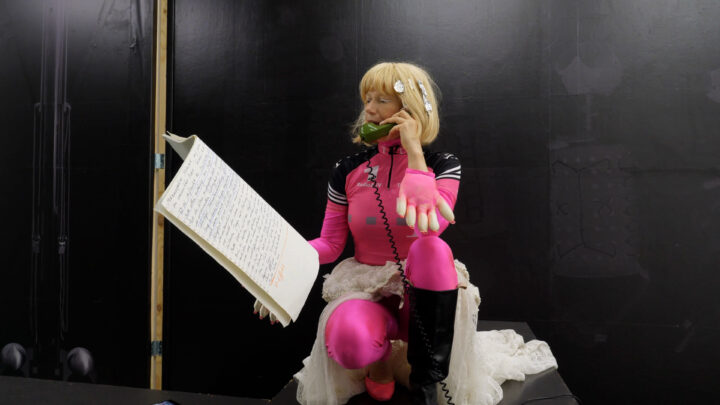 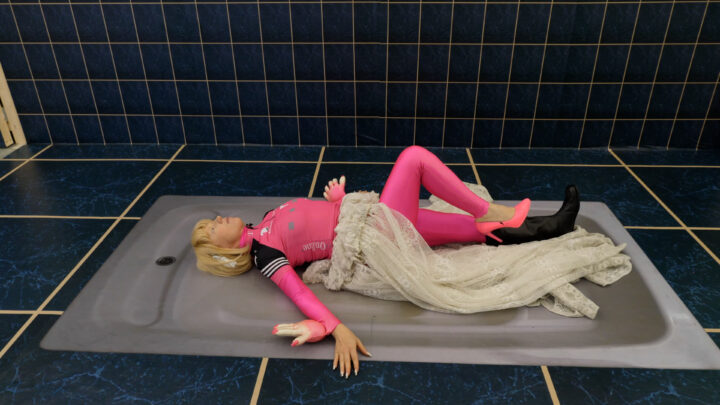 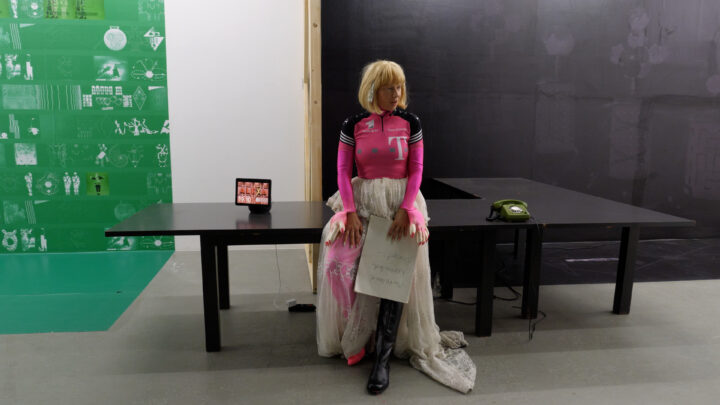 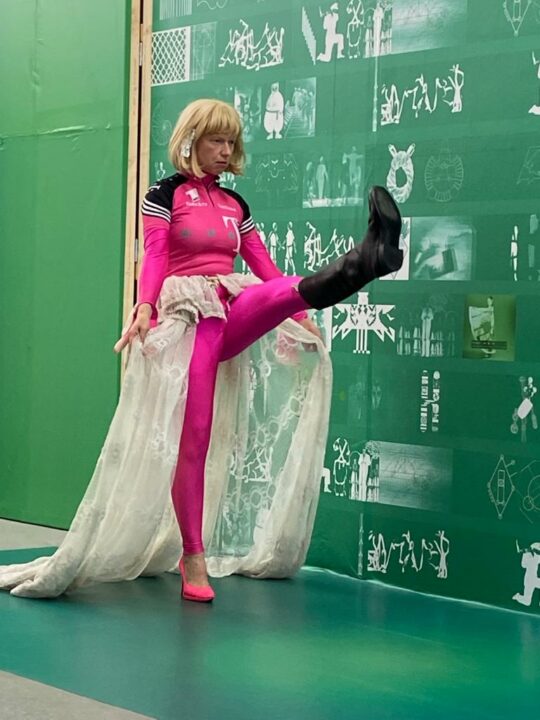 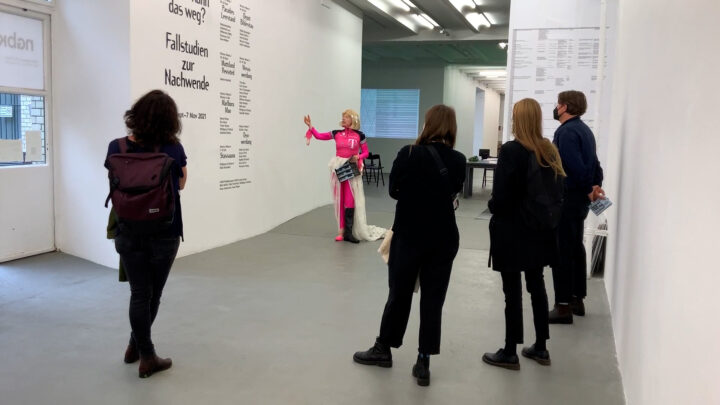 Sabine Reinfeld is producing the performance Miss DDR (2021) as part of her case study »Muttiland Revisited«. The starting point is the theatre production Deutschland einig Muttiland, which was performed by Gina Pietsch and Heide Bartholomäus in 1991 as part of the nGbK exhibitionAußerhalb von Mittendrin. Video documentation of the two performers’ rehearsal processes from that time can be seen simultaneously in the exhibition space. In her performance, Reinfeld uses her own body as a projection surface to create the avatar Miss DDR, clad in a skin-tight pink suit with comic-style nail art claws and a cape made of recycled GDR synthetic curtains. This avatar will be assisted by an AI-controlled voice assistant as a contemporaneous stage partner. With her virtual counterpart, Miss DDR attempts to discuss her perceptions of the theatre production of the time and the discourses it addressed – on women in society from the German Empire to reunified Germany after 1990 – to relate these to the present day and to develop emerging utopias. Her own biographical memories are also incorporated into the work alongside the fictional narratives. The result is a medley from the repertoire of Deutschland einig Muttiland, interwoven with other sources such as Bertold Brecht’s poem Alles wandelt sich [Everything changes] or the wording of Paragraph 218, an 1871 law which made abortion a punishable crime, the later West German version of which, in 1990, was supposed to replace the more liberal East German version.